Recordings and subscriptions can be scheduled and managed through the Manage tab in Entangle Player or through the Entangle DVR’s web user interface. Three management windows can be used to schedule and manage recordings: the Guide window, the Subscriptions window, and the Recordings Window.

The program guide displays a day’s worth of programming at a time. You can record individual shows or subscribe to series. The guide also allows you to see which shows are scheduled to be recorded, as well as any shows which will not be recorded because there aren’t any available tuners. 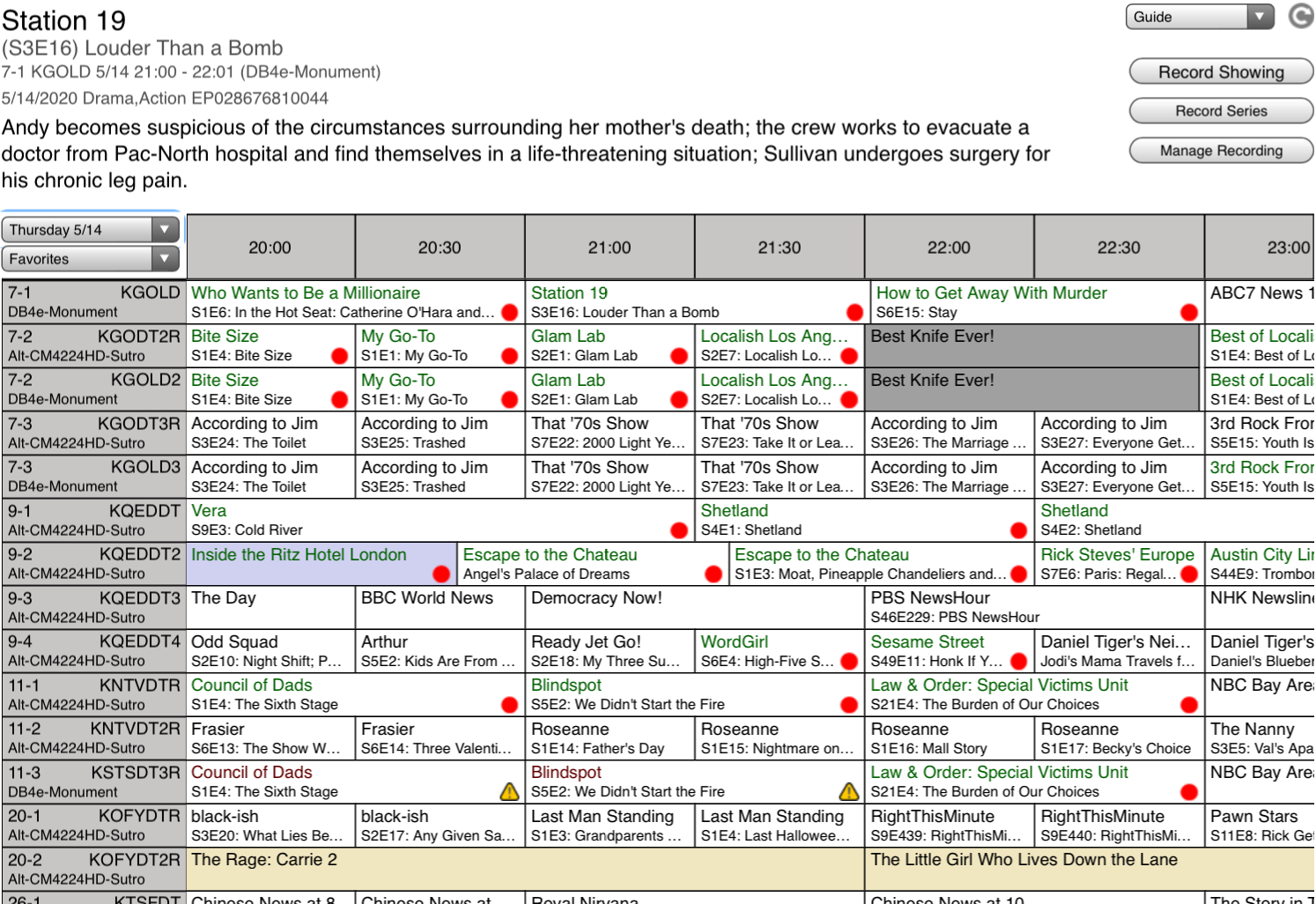 Scheduling Recordings from the Guide

You can schedule a recording by picking a show from the guide then selecting the Record Showing or Record Series buttons. Record Series will only be displayed if the show is part of a series and will set up a subscription to all episodes of the series on the same channel as the show you selected.

Once Record Showing or Record Series is selected, the guide’s recording indicators will update with the new recording statuses. Conflicts can be managed through the Subscriptions window.

Managing Scheduled Recordings and Subscriptions from the Guide

You can cancel a scheduled recording or unsubscribe from a series by selecting its show in the Guide and clicking the Manage Recording. If the show is being recorded becuase it is part of a series subscription, then an Unsubscribe option will be displayed to remove the subscription. Otherwise a Don’t Record option will be displayed to cancel the recording of the show. 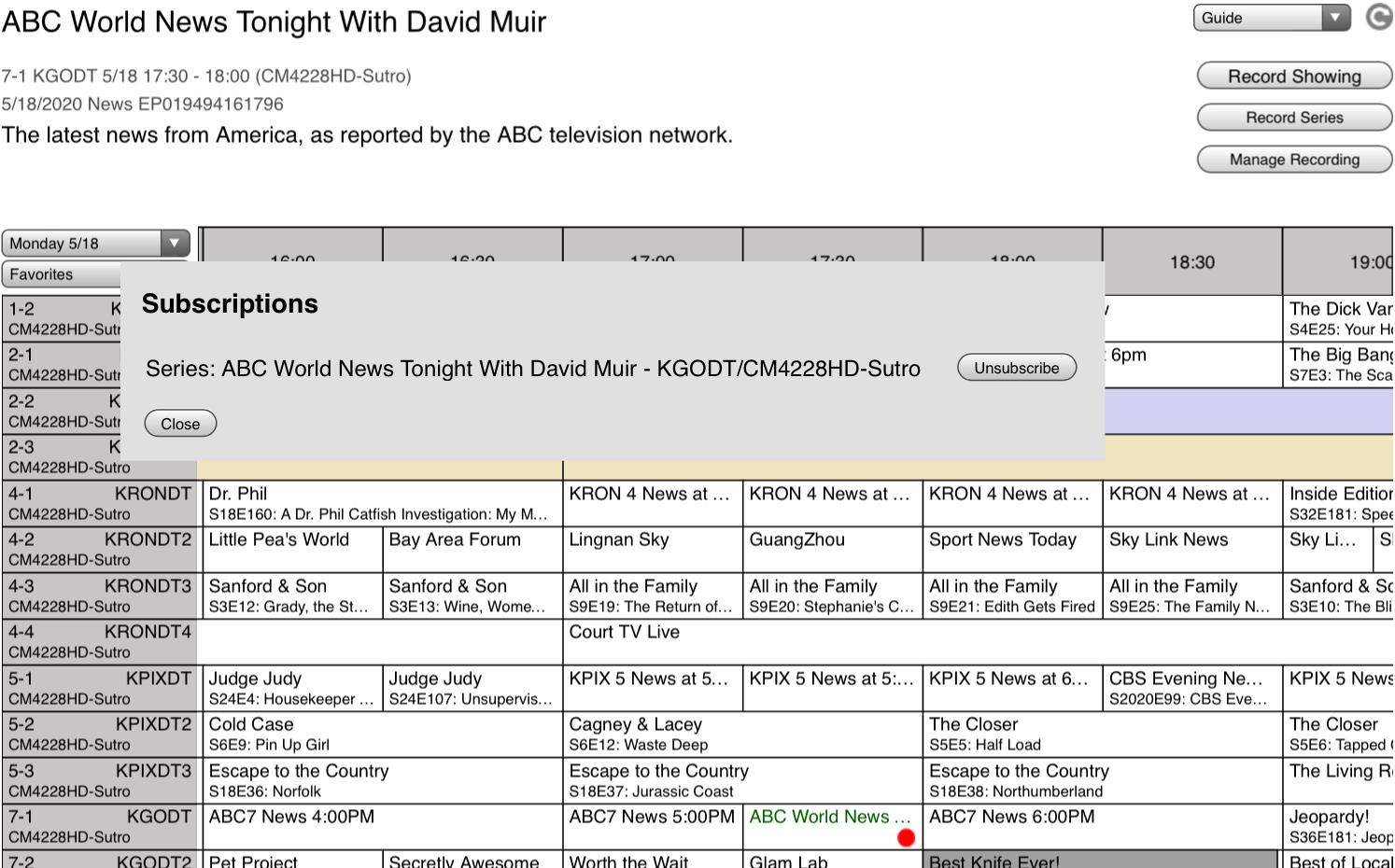 If a recording is cancelled or a series is unsubscribed from then then Guide will update with the new recording statuses.

Scheduled recordings and subscriptions can also be managed from the Subscriptions winndow. 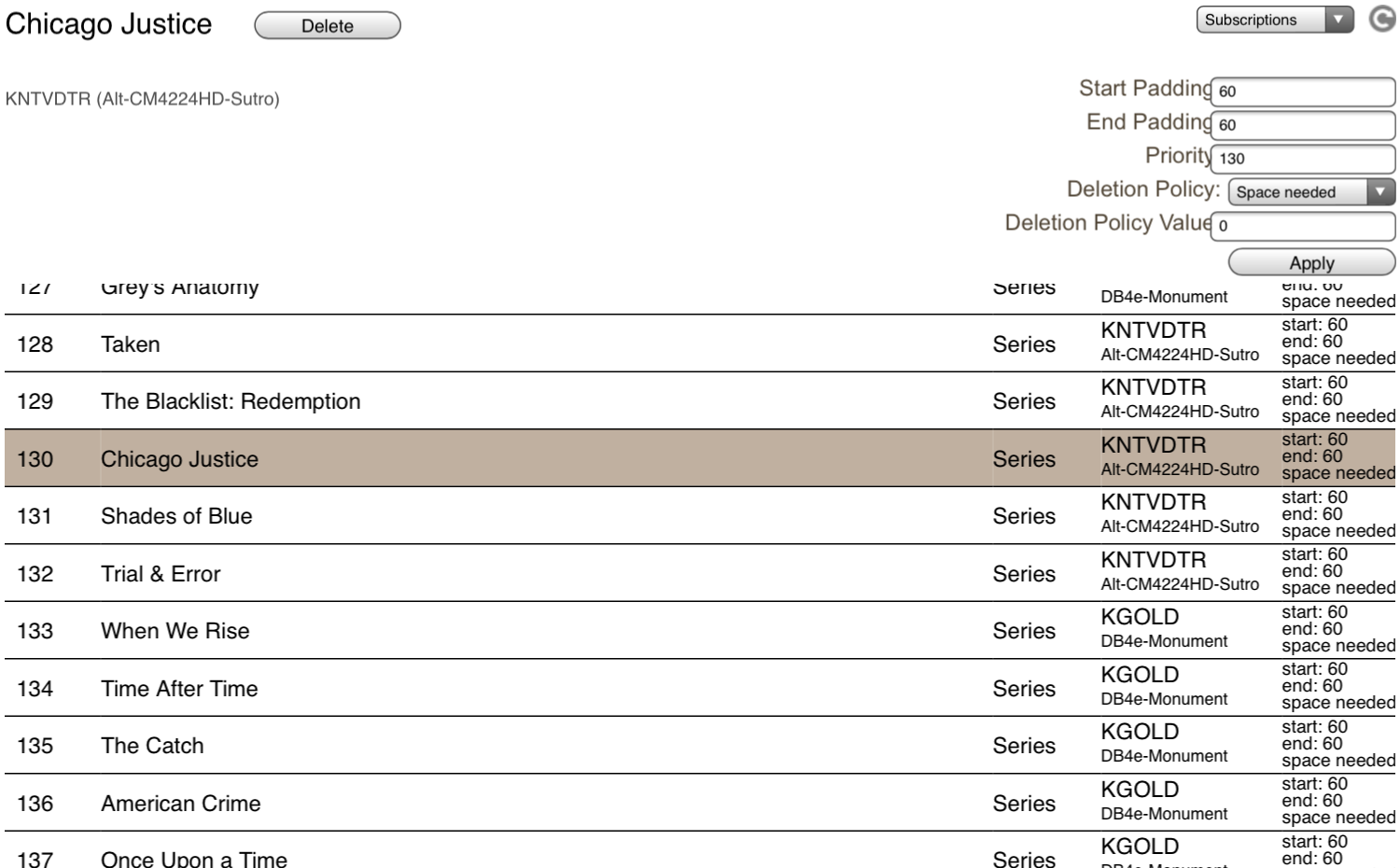 The Subscriptions window allows you to manage additional aspects of recordings such as the start and end padding, how long the recording should be kept, and its priority.

The Entangle DVR intelligently manages tuners. If two or more shows can be recorded at the same time with one tuner, then only one tuner will be allocated.

The start padding instructs the DVR to start recording shows before their actual airtime. Similarly the end padding tells the DVR to keep recording for a time after a show’s airtime.

Padding can be useful in ensuring you record an entire show for stations that do not precisely follow their program schedules.  In addition for live sports or other shows which may run longer than scheduled, setting a half hour or one hour end padding makes sure you get the enture show.

You can stop in-progress recordings or delete recorded shows from the Recordings window. 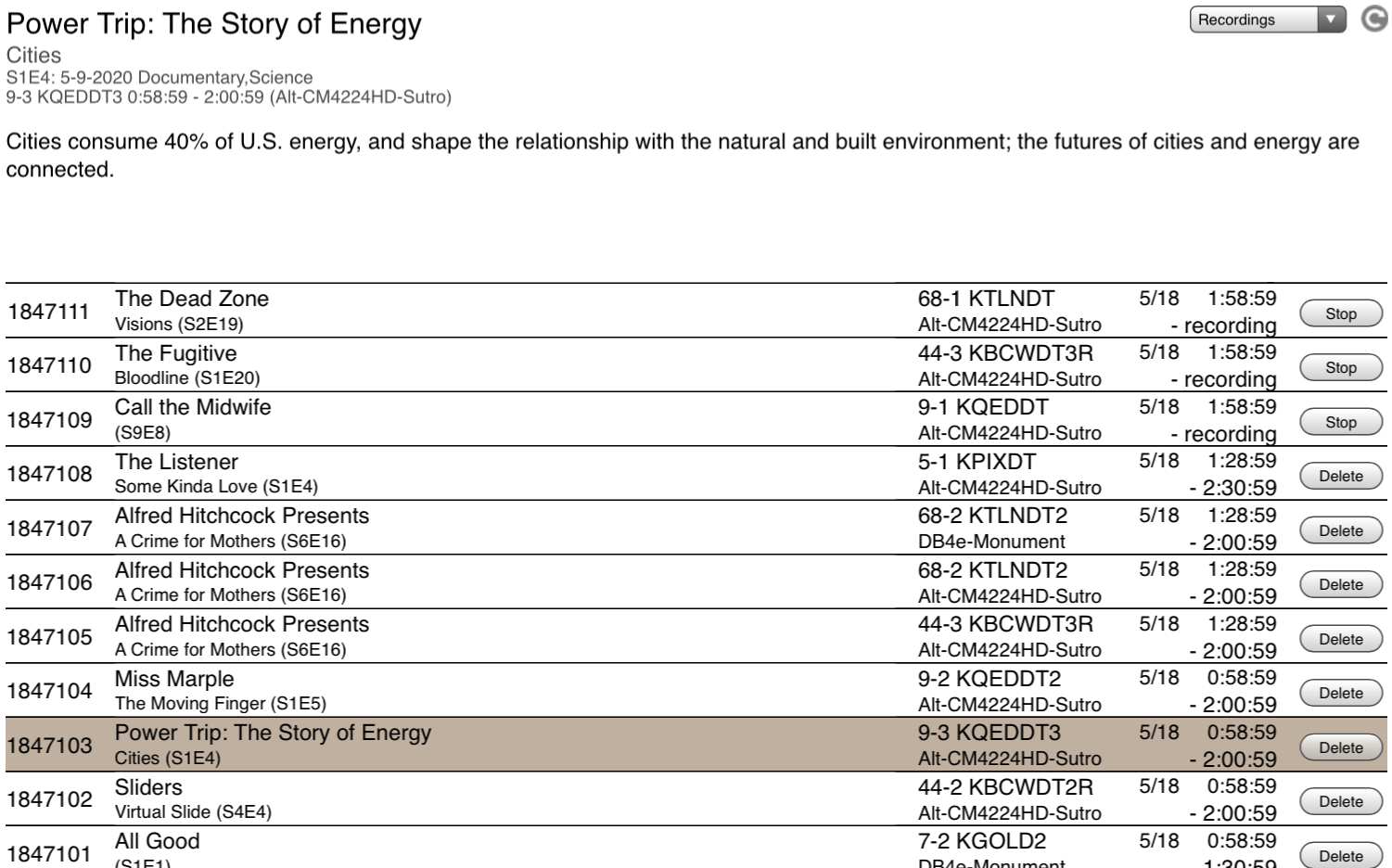 The Stop button appears for recordings which are in-progress and will stop (but not delete) the recording. Stopping a recording may free up a tuner so that live TV can be streamed, as long as no other shows are being recorded on the same tuner.